The Man behind the Museum: The Mysterious Mr Getty. 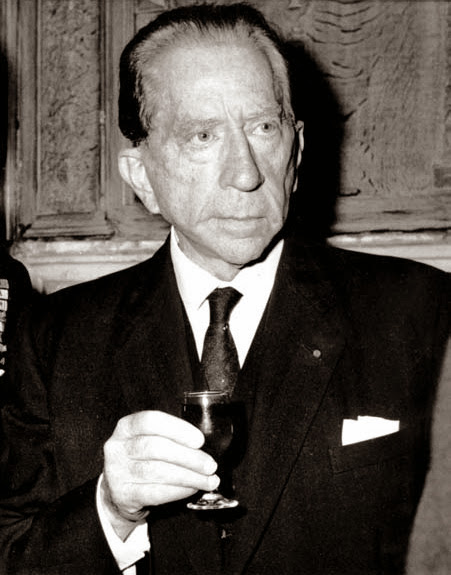 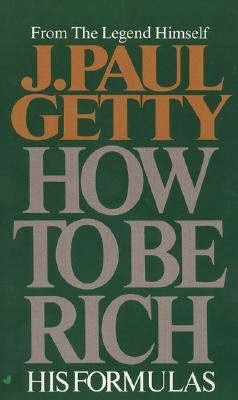 The two qualities that John Paul Getty’s name usually evokes are fabulous wealth and miserliness. Born in Minneapolis in 1892, Paul Getty was the son of George Getty, a wealthy oilman. Getty studied at the Universities of Southern California and Berkley, San Francisco, before transferring to Oxford. Listless and bored, the young Getty was eventually persuaded by his father to join the family business and commit to one year in the oil fields. In the fall of 1915, with his commitment nearing its end, Getty paid $500 for a half-interest in a loan on 160 acres near Stone Bluff, Oklahoma. The oil came in, and in less than two years Getty was a millionaire.[1] With the price of oil rising after World War One Getty’s fortune grew, helped with an inheritance of $500,000, though George did not make his son executor, a decision which wounded his offspring. Such was J. P. Getty’s fortune that in 1957, he was described as “the wealthiest living American.” Despite his millions, Getty had his share of tragedy. His son George, died under mysterious circumstances, probably suicide; and more notoriously his grandson, J.P. Getty III was kidnapped in Italy. A ransom of $3.2 million was paid, but the kidnappers cut his grandson’s ear off, a cruel deed that made the headlines. Increasingly withdrawn in later life, Getty reflected on his vast fortune and the qualities needed to attain it. He said that such success required 35 qualities, but most people, even highly accomplished, possessed only 34. Though acquiring money was Getty’s favourite pastime, collecting art ran it a close second.


In addition to vast wealth, Getty was renowned for his economy. A multi-millionaire who practiced thrift, Getty would not pay “unrealistic prices” for his art. His strategy was deliberately low-key, and in the initial stages, Getty had no desire to amass a great collection. His first purchase was a landscape by the 17th century Dutch artist, Jan van Goyen which he acquired for $1,100 in 1930. It is important to put Getty’s wealth into context since he did not have the financial resources of Andrew Mellon and Samuel H. Kress of Washington NG fame. Whilst Getty was acquiring his modest van Goyen, Mellon was transferring $7 million to the new Soviet Government for 21 paintings from the Hermitage Museum.[2] In his early years Getty collected antique furniture, a Rembrandt (now owned by LACMA) and of course, classical antiquities sparked off by visiting the Vatican Museums in 1939. He admired the renaissance but only for its painting, not for sculpture; he averred that nothing came even close to the Greco Roman world in that art. Getty was a focused collector and on visiting the colossal diverse collection of William Randolph Hearst at San Simeon in 1934, he declared that he was against such “scattershot buying.”[3]  Getty was neither a dilettante nor a “checkbook collector” because he immersed himself in his collecting by keeping diaries, records of conversations with art dealers and visiting archaeological digs and sites. Though his art was an investment, his main criterion was that he had to like something. For example he bought a picture by the 19th century Spanish Impressionist, Sorolla y Bastida because it appealed to him. An enthusiastic well informed amateur, Getty wasn’t a connoisseur, and hence had to rely upon advice from experts. He was mis-advised in 1938 when he thought he’d bought for $200 a real Raphael, the Madonna di Loreto. Re-assessed today, the painting is thought to be a good copy after the renaissance master. It is thought that Getty spent more time researching the provenance of this painting than any other, as relayed by John Walsh who was shown the painting by the old man in 1973.[4] Sometimes Getty’s taste in painting chimed in with his passion for antiquity as in Alma-Tadema’s Spring, which is a dry, academic reconstruction of a Roman festival.

The Getty’s Development  Amid the Los Angeles Museum Community.

The J. Paul Getty Museum was established through a trust created in 1953. It was then a “small, private institution” containing Getty’s art collections overlooking the Pacific at Malibu. During the construction of the Malibu museum- a reconstruction of a Roman villa- Getty created an endowment and supplied funds to purchase works of art. Getty’s “unexpectedly large bequest” in 1976 allowed the Trust to build up the museum and its collections further. In 1982 the Trust recommended that commitments should be made in 3 major areas of the visual arts and humanities: scholarship, conservation and education. The year 1983 was a crucial year when the managers of the Getty sat down to ponder the direction of the museum. Their strategy was to compare the Getty to neighbouring museums in Los Angeles and California. LACMA covered art of the whole world, and the city didn’t need another large universal museum. And why compete with English art at the Huntingdon, Asian art at the Pacific Asia Museum or modern and contemporary art at MOCA? Getty’s bequeathed collection was less impressive than the Norton Simon museum, and it would be far too costly to acquire more works of antiquity. So the decision was made in 1983 that the Getty would remain “a museum of European art.”[5] The existing collections would be strengthened, and a few new ones created. They would also branch out into drawing and photography masterminded by George Goldner, head of the photo archive. Goldner made a good start by spotting a Rembrandt red chalk drawing of a nude (Cleopatra?) at a London auction.[6]  Many more sheets followed such as illuminated manuscripts, and as the market looked promising, the decision was taken to create departments of drawings and manuscripts. The sculpture collection also evolved and in 1983 a department of sculpture was therefore formed. Demographics and the mission was also debated with concerns expressed that the visiting profile was “90% white” with “75% well-educated” in a city which is a melting pot of many different races including Latino, African, American and Asian descent. This led to a campaign of publicising the museum for all of its local populations, as well as setting up focus groups to explore the needs of the museum.

Old Masters and Controversy at the Getty.


As was stated previously, Getty started acquiring old masters slowly with deliberation. But with his death and his large bequest, the opportunity arose to increase purchases. Critics of the Getty museum stated that the museum would “buy up everything in sight” following the example of Paul Mellon who had amassed British art in the 1960s and 1970s, (when it was comparatively cheap) which resulted in the Mellon Centre at Yale.  Attempting to counter the myth of the rapacious museum devouring the art market, Walsh and Gribbon stress the “moderate” policy of the museum. Despite these claims, the Getty is frequently associated with aggressive acquisition tendencies resulting in criticism. The British press attacked the museum when it bought a Sienese Crucifixion attributed to Duccio, and funds were matched to ensure that the work would stay in Britain. There was further controversy when rumours spread about the Getty “acquiring” the Norton Simon Museum, a story sparked by the joint purchase of one of the loveliest Poussins in America, his Holy Family with 6 Putti. In any event, this was a diplomatic solution to avoid competition between the two museums. The Poussin and a Degas pastel travel back and forth every two years, which might explain why your author didn’t see it last time he was the Getty! Yet, according to Walsh, the Getty could never have had a dramatic effect on the world art market, or the European art market, since the museum was “only buying in only a few sectors of the market.”[7] Museums like Boston MFA, the Met and Frick in New York operate with financial restrictions; hence the Getty is poised to “seize the unexpected chance”, one of their principles set out in a 1984 report. Consequently, thanks to the Getty’s legendary acquisition funds, older museums have found themselves outbid by the museum, but the Getty itself has been outbid by private collectors, which also has to be taken into account. Examples include a real estate magnate who paid $4.4 million for 11 renaissance drawings mounted on one page of a notebook assembled by Vasari, and a pharmaceutical heiress who paid $4.8 million for a Raphael drawing.[8]

Brief Overview of European Paintings at the Getty Museum.


One of the Getty’s policies is to “fill gaps, but only with superior examples.”[9] They are not interested in art-historical coverage, but quality, much like the Kimbell at Fort Worth. This maxim is reflected in their renaissance collection which makes no claim to completion, but includes superior works by important artists. Good examples of this are their Mantegna,[10] Fra Bartolommeo and Dossi. On the other hand, some of the Getty’s claims about quality might be scrutinised. Is the Pontormo Portrait of a Halberdier costing $35 m in 1989 really one of his better works?[11] It cost them considerably less to obtain Savoldo's Giorgionesque Shepherd with a Flute, which is just as good, if not better than the star name. Though they have found it difficult to acquire Netherlandish art in the renaissance, they have had more success with 17th century examples of that school. Rembrandt’s Rape of Europa is an early gem in the artist’s career, and there amongst the 17th century French the Poussins and the La Tour are outstanding. There are examples of neo-classical and romantic painting (David, Turner and Goya), Impressionism (Manet, Renoir, Monet, Cezanne). The latest period that is covered by painting at Getty is the late 19th century since the museum leaves modern art to other cultural institutions in Los Angeles.